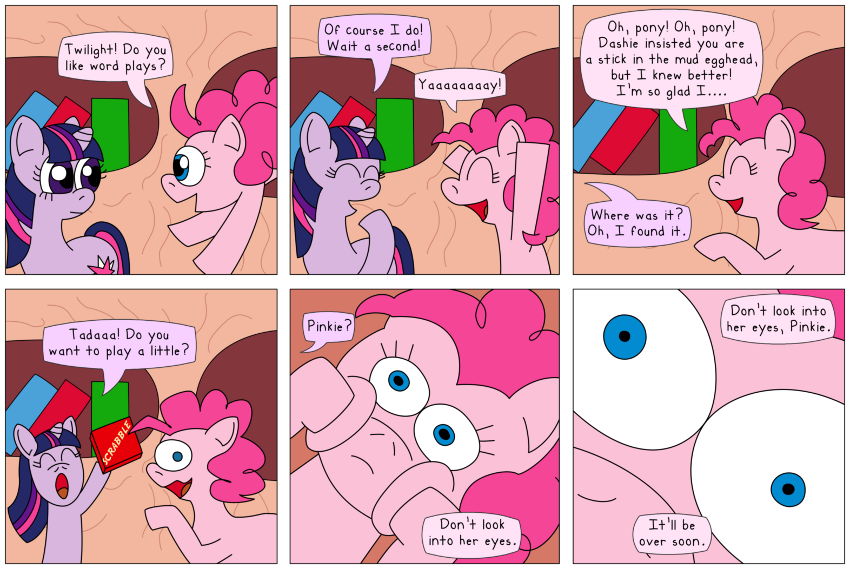 My pal John Wheel (also known as Turag) makes a cool webcomic about MLP called PONIES!!!, mostly about Trixie and some creepy doll obsession of her.

So that's why you have just read the guestcomic he made me. 8D
The one I made him can be read HERE! (Probably you need to read his webcomic first to understand the joke)

This work is protected under a Creative Commons license.
My Little Pony: Friendship is Magic is copyright by Hasbro Studios.